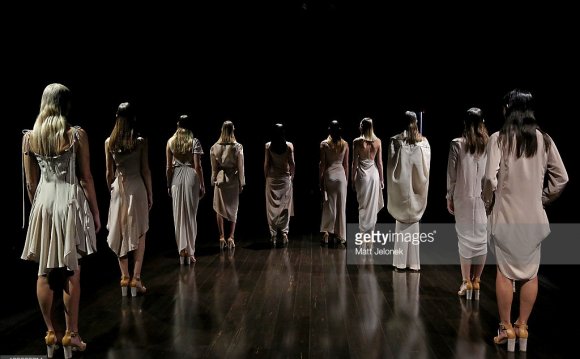 Australian Fashion Week is an industry fashion week intended for retail buyers to buy forthcoming spring/summer collections directly from designers and manufacturers, as opposed to a consumer fashion week, which showcases clothes currently available instore and is targeted to fashion consumers.

As of 2013 it is held at Carriageworks in Redfern, Sydney, in April of each year. Previously it had been held in April/May at the International Passenger Terminal at Sydney's Circular Quay, and prior to that at Fox Film Studios, Moore Park and Melbourne's St Kilda pier.

The event was the brainchild of PR consultant and former ski magazine reporter Simon Lock. Launched in 1996, in its debut year the event featured shows by Australian designers including Akira Isogawa, Alex Perry and Wayne Cooper. The event had mixed success; British fashion writer Susan Owens wrote a scathing review dubbing it "Fashion Weak" and writing that 25 broken-hearted designers had thrown away their money.

In 2005, event founder Simon Lock sold the event and its parent company Australian Fashion Innovators to the New York-based International Management Group. The deal was rumoured to have been worth several million dollars.

Lock worked with IMG for the next five years before departing the company in 2010. In 2011 he was presented with the Australian Fashion Laureate award, the first non-designer to receive it. At the time he was building a ski hotel in Japan and spending more time with his children.

Australian Fashion Week has attracted criticism of being out of sync with the global fashion market; some popular designers pulled out of the 2012 event in order to prepare for international events.

The event has also been criticised for featuring inexperienced emerging designers rather than big names, that its collections are conspicuously 'influenced' by European designers, and that it resorts to cheap theatrics that have included everything from Afghan hounds to midgets in lederhosen.

Backstage at the Lee Summers show in Sydney, Spring/Summer 2007

However, fashion journalist Marion Hume argues that the non-participation of established designers is welcome. "It lets those designers grow [by going overseas] and gives space for younger ones to come up, ” she said. “It’s a natural progression and shows a healthiness in Australian Fashion Week.”

The event relies heavily on the participation of international celebrities. In 1997, supermodel Linda Evangelista's appearance in the Alex Perry show drew international attention to the event. Eva Herzigova donned a $500, 000 pearl bikini to launch Tigerlily’s first runway show in 2001.

Jade Jagger modelled for Charlie Brown in 2005.Dita Von Teese was a guest of honour in 2007, giving a sexy performance that featured her straddling a giant MAC lipstick. Singer Macy Gray performed at the Marcs show in 2008, and celebrity fashion blogger Susie Bubble covered the 2010 event.

2001 saw some notorious appearances of animals as a runway gimmick. Model Kristy Hinze wore a snakeskin bikini with a live snake draped around her shoulders. It began to wrap itself around her neck, to her evident discomfort. Meanwhile, streetwear label Ksubi (then named Tsubi) released 169 live rats onto the runway, one of which was killed, prompting an RSPCA investigation.