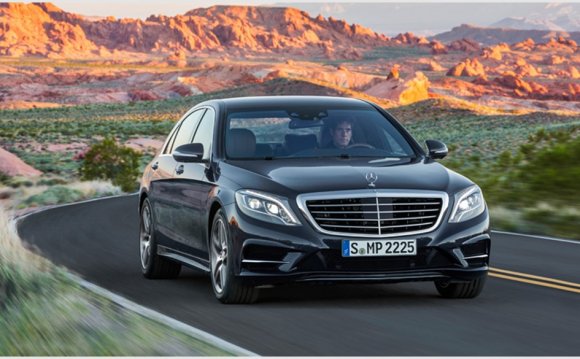 The Mercedes-Benz S-class has more variants than does any other large luxury car, with powerplants ranging from a hybrid to this S350 diesel (the first supersized Benz oiler since 1995) to two twin-turbo V-8s and two twin-huffed V-12s. Throughout the vast expanse of the range, Mercedes has wisely aligned price with traditional notions of performance. For example, the S400 hybrid, at $92, 275, is the cheapest Benz limo and the slowest to 60 mph; the slightly quicker $93, 425 S350 BlueTec, available only in 4MATIC spec, undercuts an equivalently optioned S550 by around $4500.

The S400 hybrid’s bottom-rung pricing may be further justified by the fact that it’s a flawed vessel of Benz’s fuel-sipping aspirations, with unpredictable brake feel and a hybrid system that can’t hold a candle to some offered by competitors. But the S350 diesel is more fully realized, an oil barge that offsets its merely ample performance with outlandish torque ratings and range capability.

Powering it is Mercedes’ 3.0-liter V-6 turbo-diesel, seen previously in the ML350 BlueTec. Both the ML and the S pack a more-powerful version of this engine, with a new turbo, new heads, and a host of other changes helping make more power and torque than the version found in, say, the E-class—240 hp versus 210 and 455 lb-ft versus 400.