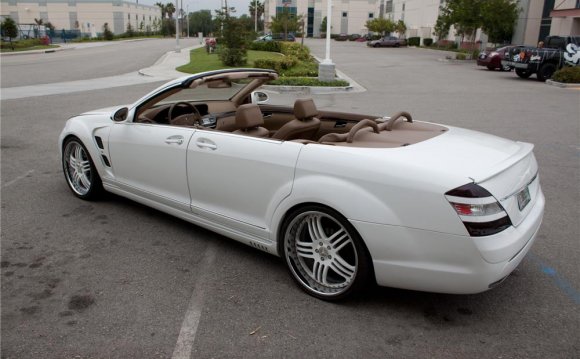 A href=" ">Mercedes-Benz S550: The Megalomaniac

As Michelle Pfeiffer’s character says in the 1983 film Scarface, “Nothing exceeds like excess.” That is the attitude of the redesigned Mercedes-Benz S-Class, the very definition of five-figure automotive excess. The front seats, for example, can be adjusted to any of approximately one bazillion possible combinations of lumbar, firmness, temperature, bolstering, and, yes, even massage (we preferred the “fast and vigorous” setting despite its being moderately fast and only somewhat vigorous). Through the same screen and navigation wheel that controls the seats, one can also specify lighting and locking preferences, along with various navigation settings.

The Mercedes COMAND system (a console-mounted dial to control computer functions), while still confusing to neophytes, is not as difficult to manage as BMW’s iDrive, and we found ourselves becoming professionals in no time. The rear passengers are not ignored either; our test model featured optional reclining rear seats and power sunscreens. With the seats reclined and the full-glass roof open, clear, starry nights in the back of this Benz are an unforgettable experience.

Getting behind the wheel is rewarding as well. A whopping 382 horsepower brings the S550 up to highway speed in good time considering the car’s 4377-pound heft. Mercedes suspension engineers have also done a wonderful job with this car, as it is much smoother on rough highways than the BMW 750Li and just as agile through the twisties. We enjoyed the steering feel of the big Benz, too, but many older buyers will find the wheel too weighty in slower city driving. The weakest point for this Merc actually makes a lot of sense when you think about the problem with excess. Too much is often too much, and the S550 just can’t slow down, with brakes that are not on par with the massive plates hiding behind the wheels of the 750Li. At least they’re better than the brake-by-wire system found on some other Benzes.