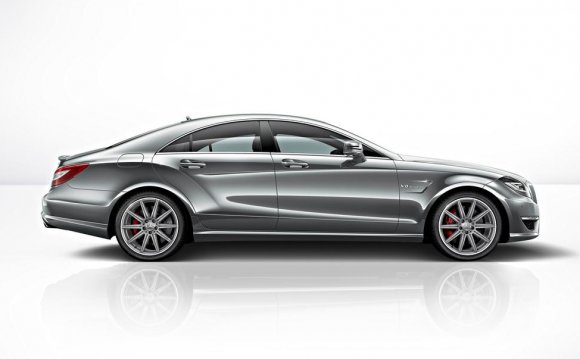 The logic is pretty simple. Adding more power is useless unless sufficient traction is available to get it to the ground. That’s AMG’s thinking at least, and for 2014 the North American-bound CLS63 AMG four-door “coupe” gets the same all-wheel-drive system and power enhancements as those added to the previously announced 2014 E63 AMG four-door sedan. Little surprise, as the CLS, after all, is little more than a rebodied E-class; under the surface, the cars are virtually identical.