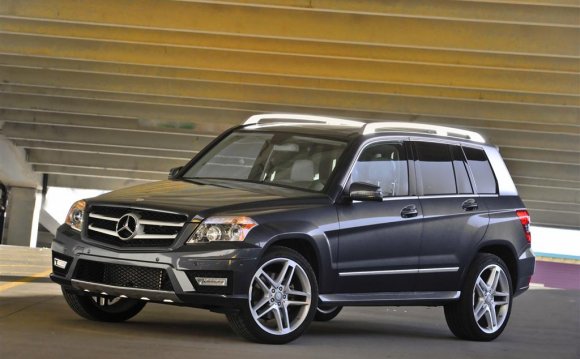 The 2011 Mercedes-Benz GLK is one of the better-performing 2011 compact SUVs, with plenty of power and good handling, in addition to best-in-class safety scores. However, limited passenger and cargo space mean it may not be the best choice for families.

When it was new, reviewers said the 2011 Mercedes-Benz GLK stood out with unique style, ample power and a long list of standard features. However, they also noted that its fuel economy is very low for the class. It also has less interior space than most competitors.

Powering the GLK is a 268-horsepower V6 engine that reviewers loved for its power, but not for its fuel economy. Rear-wheel drive models average 16/23 mpg city/highway and all-wheel drive models average 16/21 mpg, both of which are low for the class. Generally, critics liked the way the GLK handles, though some said the steering felt a bit too light.

Reviewers generally remarked that the cabin appeared cleanly-designed and well-built, but felt a bit small. Most said that the front seats had ample comfort and space, but the back seat drew criticism for being cramped, which is a common complaint in this class. With the rear seat folded, maximum cargo capacity is 54.7 cubic feet, which is a bit low for the class. Standard equipment includes leatherette upholstery, Bluetooth and a driver’s knee air bag. Full leather seats, a Harman/Kardon stereo, navigation, a rearview camera and Mercedes’ COMAND infotainment system were optional when it was new. The GLK hit the market in 2010, so you may be able to save some money by shopping for an older model.

If you like the GLK, you may also like the 2011 Acura RDX. Reviewers said that both are good performers, and even though the RDX has less power than the GLK, its fuel economy is slightly better. Also, critics didn’t complain about a lack of space in the back seat as they did in the GLK, and it has more cargo space, which may make it a better choice for families.