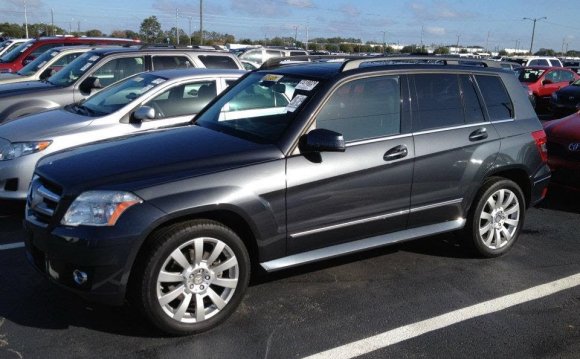 It’s spacious. It’s powerful. And as you’ll read a few lines from now, it drives quite well. But among the vehicles Mercedes-Benz has introduced lately, the all-new GLK-class is arguably the least inspired, appearing not because someone inside the company shook awake during a deep slumber having just dreamed up a great new concept, but rather to fill a hole in the lineup that grows wider and wider as gas prices rise. This fuel trend that has prompted luxury-inclined SUV intenders to start snapping up BMW X3s, Acura RDXs, and heck, even leather-lined Toyota RAV4s with the potent V-6. And so, early in 2009, the GLK350 appears on U.S. soil, possibly just in time for $5 gas.

Excited? We weren’t either.

But then we got behind the wheel of the GLK350 along the narrow, scenic, and surprisingly entertaining roads south and east of the colorful city of Düsseldorf, Germany. It was along these roads that we discovered the only thing truly surprising about the GLK: that it has buckets of charm.

The GLK350's charm starts with its sheer competence, although there is little about it that is truly original. We’ve seen pretty much everything in this car before—the GL-class aesthetics, the C-class chassis, the 268-hp, 3.5-liter engine and seven-speed transmission from nearly every product Mercedes sells—but everything works as a cohesive and likable package.

However, it is a package that was not universally embraced, even inside the company. According to some higher-ups at Mercedes-Benz, there was considerable internal pushback during the design process. Seems the GLK350’s styling didn’t invoke the same feeling of lust and pride that Mercedes internals have gotten used to lately as they’ve brought out cars such as the new SL-class, the SLR McLaren roadster, the new C-class, and all the recent AMG and Black Series variants.

Still, Mercedes claims that the tall, Subaru Forester–esque proportions and the front-end and body-side styling did well in customer clinics here and abroad, and alas, most naysayers in the company eventually came to accept the little thing.

To be fair, the GLK does look much better in person and on the road than you’d expect (certainly better than any Forester). Its windshield is bolt-upright, but the rest of the body is lower and wider than it appears in pictures, taking roughly the same stance as the new Audi Q5, the vehicle we expect to give the GLK the toughest run for its money. The headlamps are nicely detailed—again, something you can’t tell until you take a close look at the metal—and the taillamps are all LEDs. It’ll never be an object of lust, and we don’t think that would change even if festooned with AMG regalia—not that Mercedes would ever build such a thing. But particularly with the big 10-spoke, 19-inch wheels gobbling up every cubic inch of space under the wheel wells, it looks convincingly upscale.