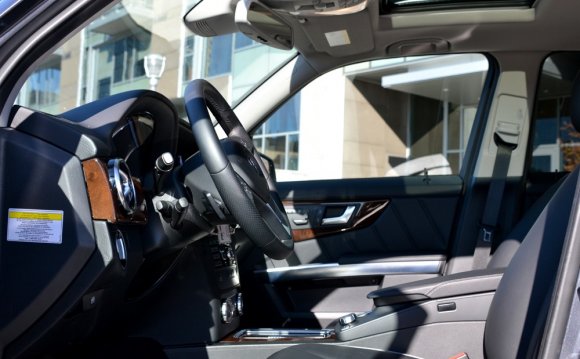 For 2015, the Mercedes-Benz GLK-Class is unchanged apart from a few minor equipment changes.

Much as with a cut of filet mignon, the compact size of the 2015 Mercedes-Benz GLK-Class doesn't necessarily translate into your getting less. Not only does this junior crossover boast impeccable build quality and a cabin trimmed in top-shelf materials, but its demeanor while on the move is also suitably refined. The GLK is utterly composed at high cruising speeds, and it rides and handles as well as most luxury sedans. And being a Mercedes-Benz, the sharply chiseled GLK feels like it's built out of a single block of granite.

There are two versions of the 2015 GLK-Class from which to choose: one for those who want to prioritize performance over fuel economy and another that does the inverse. The GLK350 packs a muscular, 302-horsepower V6 that moves the compact crossover with gusto, while the GLK250 Bluetec, though obviously not as speedy, uses a 2.1-liter four-cylinder diesel to achieve an impressive combined fuel economy estimate of 28 mpg.

Many of the same high-tech features seen in Mercedes' big-money models are available in the GLK, though mostly as options to keep the base price of the GLK attractive to a wider swath of luxury brand intenders. That said, checking off a few option packages can very quickly boost the bottom line by 8-10 grand. The other demerits levied against the Benz include its rather small backseat and cargo areas, and small rear doors that make it difficult for taller adults to get in and out of that rear seat. This lack of practicality is the main reason the GLK fell short of our top marks and received a pair of "B" ratings.

As such, if you're looking for a more family-friendly crossover with ample space for people and things, then you may want to consider roomier rivals like the 2015 Acura RDX, 2015 Audi Q5, 2015 BMW X3 or 2015 Volvo XC60. But if the various charms of the GLK have you loving the idea of putting one in your driveway, then you certainly have our approval.