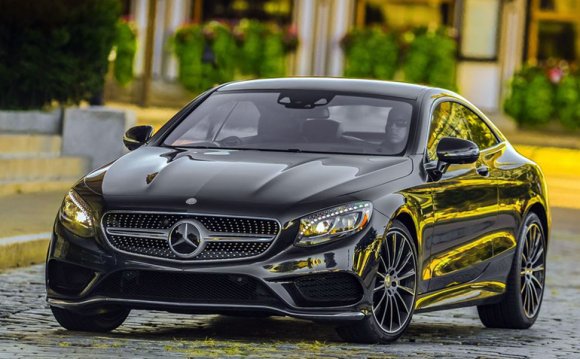 "Oh Lord, won't you buy me a Mercedes-Benz?" That's the opening line of "Mercedes-Benz, " a song most famously recorded by singer Janis Joplin in the early 1970s. The tune gently poked fun at materialism and our desire for the finer things in life. It's fitting that the renowned German marque figures prominently in the lyric. Mercedes-Benz has long been known for crafting vehicles that emphasize luxury and refinement. For many, its vehicles are sleek symbols of status, success and good taste.

In January of 1886, Karl Benz unveiled the world's first automobile, a three-wheeled vehicle dubbed the Benz Patent Motor Car. A few months later, Gottlieb Daimler and his chief engineer Wilhelm Maybach rolled out a four-wheeled vehicle powered by his Daimler engine. The first Mercedes was crafted in 1901, shortly after Daimler's death. Built by Maybach, the car was commissioned by Emil Jellinek, one of Daimler's primary distributors, and was ultimately named after Jellinek's daughter, Mercedes.

In 1926, the companies founded by Daimler and Benz merged to form Daimler-Benz AG, and the Mercedes-Benz brand was born. The company's insignia was a three-pointed star wreathed in a laurel; the star was dreamed up by Daimler years earlier, and its three points signified the fact that his engines were used in vehicles that traveled land, air and sea.

Right from the start, the Mercedes-Benz name was synonymous with automotive excellence. One of the automaker's earliest vehicles, the 1931 Mercedes-Benz 170, distinguished itself as the world's first production car to offer a technology that was nothing short of extraordinary for the day: four-wheel independent suspension. The '30s and '40s saw Mercedes establishing itself as the brand of choice for car buyers seeking the ultimate in luxury, thanks to coveted cruisers like the 380 and 540K.

The 1950s witnessed the introduction of the Mercedes-Benz 300 SL "Gullwing, " a sports car that has been described as being the world's first supercar. With its dramatic styling and race-bred technology, the 300 SL reigns today as a classic coveted by collectors worldwide. The decade also saw Daimler-Benz making strides in the area of safety technology. The company's Mercedes-Benz 220 sedans were the first vehicles to incorporate its patented "crumple zone" body design, created to absorb impact in the event of a crash.

In 1963, the company cemented its reputation as the home of automotive luxury with the launch of the Mercedes-Benz 600. The elegant, luxurious sedan was also available as a limousine and featured an ahead-of-its-time air suspension system and a V8 engine that boasted 300 horsepower. The decade also saw the launch of the Mercedes-Benz 300 SEL 6.3. This full-size sedan went from zero to 60 in under seven seconds, distinguishing itself as the quickest luxury car is its day.

The 1970s saw the birth of the brand's storied S-Class line of vehicles, opulent sedans and coupes that coddled passengers with powerful engines and a long list of luxury features. The decade also saw Mercedes continuing on the cutting edge of safety technology, by being the first to offer antilock brakes in its vehicles.

Daimler-Benz's safety advancements continued in the 1980s. Its cars were the first to offer airbags and traction control. The manufacturer also raised the bar in terms of ride comfort and handling when it introduced multilink rear suspension. The technology debuted on the compact Mercedes-Benz 190 E, and it remains a vital component of the company's chassis engineering to this day.

Mercedes-Benz vehicles got an extra dose of power and performance in the 1990s, thanks to the manufacturer's partnership with AMG, a performance and tuning shop that was eventually purchased by the company to help produce ultra-high-performance versions of some of its vehicles. The first AMG model offered in the U.S. was the sporty C36 AMG in 1995; since then, Mercedes has gone on to offer an AMG-tuned version of almost all of its vehicles.

The company's current lineup is the most comprehensive in its history. With a variety of sedans, coupes, SUVs and roadsters filling Mercedes showrooms, it seems like the only thing missing is a pickup truck. Surely, the fact that Janis Joplin's song holds as much relevance today as it did four decades ago is a strong indicator that the brand's premier status is still very much intact.