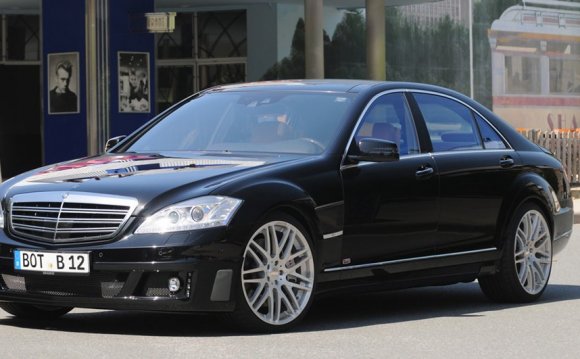 If you ever want to see how the automobile has progressed over the last 50 years, look no further than the Mercedes-Benz S-Class. The name itself comes from sonderklasse, which is German for special class. Over the years, the S-Class has been a standard-bearer for technology, design, innovation, safety and performance.

The 2011 Mercedes-Benz S-Class continues the tradition with a few new features. On the technology front, the interior display screen now allows the driver and front-seat passenger to view separate on-screen content, entertaining the passenger without distracting the driver. The lane-departure and blind-spot monitors have been enhanced by the ability of the brakes to engage and keep the vehicle in its lane. Later in the 2011 model year, a Bluetec diesel model will debut.

The diesel should complement the S-Class lineup nicely. Currently, the least expensive model is actually the S400 Hybrid, and it has all of the model's prestige but with tangible improvements in fuel economy. The standard S550 is available with the 4Matic all-wheel-drive system, while the raucous S63 and S65 AMG deliver stunning levels of performance. Whichever S-Class pulls at your heartstrings, you're guaranteed the highest level of comfort in a cabin that embodies luxury.

Of course, the 2011 Mercedes-Benz S-Class is not without rivals. The new 2011 Audi A8, recently reworked 2011 BMW 7 Series and stylish 2011 Jaguar XJ represent more modern interpretations of the S-Class theme. The Porsche Panamera offers up the best handling of the segment, while the 2011 Maserati Quattroporte provides a welcome dose of Italian passion. But in some way, all the others are obliged to pay homage to the special and evolved Mercedes-Benz S-Class.