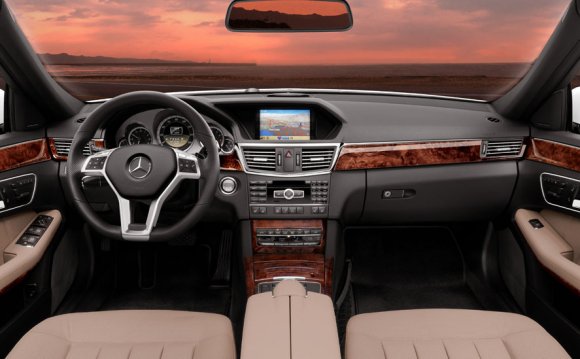 The 2011 Mercedes-Benz E-Class is a smart choice for used large luxury car shoppers because of its high-end cabin, strong performance and excellent safety scores.

The eye-catching exterior and well-appointed interior of the 2011 Mercedes-Benz E-Class sedan make it stand out among the competition. But the E-Class isn’t just about good looks. A long list of standard safety features and multiple drivetrain configurations mean that shoppers can find just the right used E-Class model to suit their needs. The E-Class has several drivetrain options, including a fuel-efficient BlueTec diesel model and a pair of V8 engines for added power. Adding to its appeal are best-in-class safety scores.

The 2011 Mercedes-Benz E-Class isn’t the sportiest sedan in the class, but it offers adequate power from its base engine and competent handling, according to auto critics. When it was new, reviewers thought the E-Class’ suspension was tuned more for smoothness than agility. Still, test drivers felt that the E-Class is a capable handler, but falls short of cars like the 2011 Audi A6 or 2011 BMW 5-Series. Fuel economy largely depends on the powertrain, but the base E350 gets below-average ratings, while the BlueTec diesel gets exceptional ratings.

Auto critics thought the E-Class had a well-appointed and luxurious interior when it was new. Reviewers appreciated the ample back-seat space and how many different ways the front seats adjust. They also noted its decent-sized trunk. The available multi-contour massaging front seats were especially well-liked. However, test drivers felt that Mercedes’ COMAND system, which controls climate and entertainment functions, was difficult to learn. Standard features on the E-Class include 10-way power-adjustable front seats, an eight-speaker sound system with an auxiliary input and a 7-inch COMAND screen with central controller. Notable available features include heated front seats, a navigation system with a rearview camera and a 12-speaker Harmon/Kardon audio system.

The 2011 BMW 5-Series offers powerful engine options and a spacious interior. If you’re seeking power, both cars offer a V8 option, but the 5-Series has a turbocharged V8 that provides even more power. The 5-Series and E-Class have comparable performance, but the 5-Series is a sportier option. Still, the E-Class edges the 5-Series in safety ratings.

The 2011 Infiniti M is a sporty counterpoint to the E-Class’ smoothness. When it was new, test drivers thought the M was a fun car to drive. With the Infiniti M, you get better performance than the E-Class. It also has slightly better fuel economy with a more powerful base engine than the E-Class.