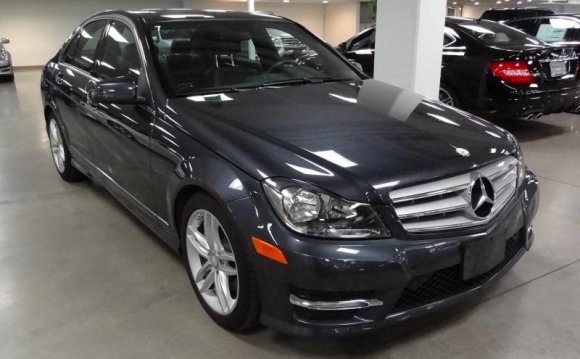 The luxury sedan from model years 2013 and 2014 is the next car to receive an order for revision after the EPA tested Daimler's estimates for both the Flexible Fuel Vehicle and Partial Zero Emissions Vehicle versions of the C300. Unlike downgrades implemented by other car makers, changes for the C300's fuel efficiency rating are minimal.

For the FFV version, the EPA's estimates peg the C300 at 19 miles per gallon, or only one mile less than Daimler's previous ratings. The highway driving rating, however, remains unchanged at 27 miles per gallon and the average rating is at 22 miles per gallon, the same rating Daimler assigned the C300 before EPA testing.

"Even though the adjustments are small, it is important that our oversight system is producing the correct results because even one mpg matters to consumers, " says [subscription required] Christopher Grundler, EPA's director of the Office of Transportation and Air Quality, in a statement provided to the Wall Street Journal. "EPA will continue strong oversight of fuel economy values to ensure that consumers have the best information available to make important purchasing decisions, to ensure fair competition among auto makers, and to protect investments in new fuel-efficient technologies."

The EPA independently tests 15 percent of cars and trucks released each year and conducts testing on pre-production models provided by car makers to confirm the fuel efficiency labels used in post-production vehicles. If results of the testing show that the manufacturers overestimated their cars' ratings, the EPA will order them to update their labels with the latest figures.