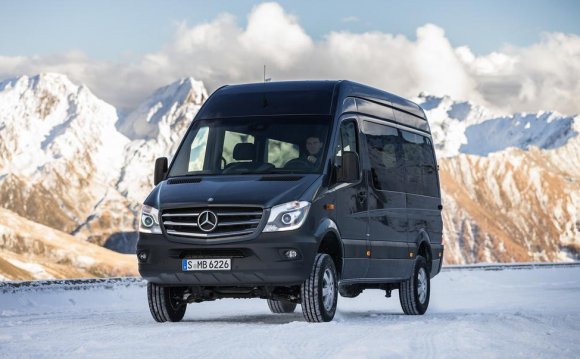 Despite a substantial rework for the 2014 model year, the Sprinter comes into this comparison test as the grand old man. It was the Sprinter that introduced the new crop of European vans to America, first as a Freightliner-badged model in 2001, then as a Dodge in ’03, and finally as a Mercedes in ’09. It was something of a revelation when it first came here and remains an excellent vehicle today. Our example, with the smaller of the two available diesel engines, came with an optional bulkhead ($252) between the cavernous cargo area and the cockpit. It was the only vehicle here fitted with one, so take the interior sound-level readings with a grain of salt. Even without the bulkhead, the Sprinter’s seats are a far better place to pass the time than the ProMaster’s.

For one, the Sprinter doesn’t force its driver and passenger to basically stand up while driving. Its seating position is high, of course, but it’s comfortable and the steering wheel is within easy reach. The ergonomics are not nearly as haphazard as those of the Ram, either. And the stereo actually sounds surprisingly decent. It’s the steering, though, that really shocks.