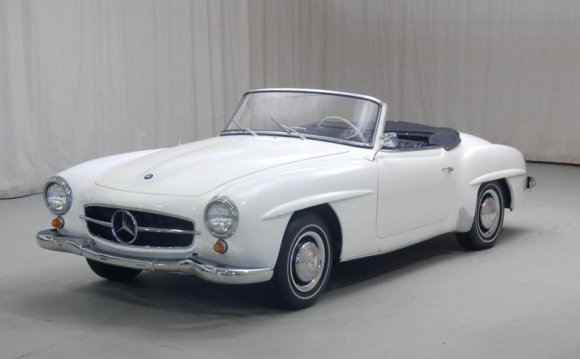 The 2008 comedy hit “The Hangover” featured this 1965 220SE convertible as one of five Mercedes-Benzes — three of which were original convertibles like this one. It found use as the primary interior-scene car. The car is featured in some infamous shots including, “We’re the three best friends…”, “Flash your lights to let them know it’s on…” and “I found a snakeskin.”

As the seller says, it is “a movie car.” It’s not for the purist, as liberties have been taken for camera friendliness and to match the other four cars in the movie. Modifications include ‘pleather’ upholstery, metallic paint, and conversion from a manual to an automatic transmission. The other cars in the movie were 1969–70 280SE convertibles, so this one sports the 280SE badging and other minor variations to match.

“When I received the car, I wasn’t too comfortable with its mechanical condition, ” says the seller. “So I shipped the car out to MBZ Motors in Canoga Park, CA, to bring the car up to superb mechanical condition.” Some of that work consisted of new brake master cylinder, wiring, and weather stripping on the windows and doors. Since then, it’s been car shows and cruising time.