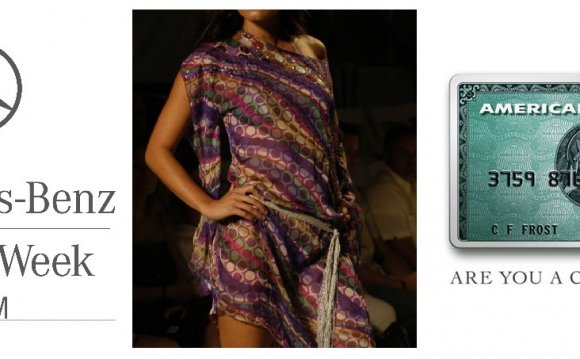 Miami’s annual Swim Week, a series of fashion shows, parties and trade exhibits attended by international press, designers and fashionistas, will be sporting a noticeably skimpier cut this year.

Executives at IMG Fashion, which presents the July swimsuit show’s main attraction – the Mercedes-Benz Fashion Week Swim inside air-conditioned tents outside the Raleigh Hotel on Miami Beach – announced they would be “postponing” their show until 2016 as part of a company-wide redesign to “better reflect the unique needs of its designers and partners.”

Other Swim Week events are expected to continue as planned.

IMG’s decision not to participate this year was the result of several factors, beginning with the purchase of the company by William Morris Endeavor for $2.3 billion in 2013. Since the sale, IMG has been retooling the various Fashion Week events it hosts in cities around the world, including New York, following the loss of Mercedes-Benz as a sponsor.

Contributing to the decision was the difficulty in relocating the tents where the IMG show took place, which were so large they required the closing of 18th street during the event. According to government officials, the City of Miami Beach had been working for the last two years to find a new spot, but their main choice – a stretch of beach behind the Raleigh Hotel – was denied by the Florida Fish and Wildlife Commission due to marine turtle nesting season, which runs May 1-Oct. 31.

“Not having Fashion Week Swim is like having Art Basel week without Art Basel, ” said Graham Winick, City of Miami Beach Film and Event Production Manager.

Designer Rene Ruiz also lamented the loss, saying “this can’t be good for Swim Week or for Miami.”

But others had more positive outlooks.

Rolando Aedo, chief marketing officer and executive vice president at the Greater Miami Convention & Visitors Bureau, said IMG representatives told him a week ago that they had “really big plans” for the future.

“We’ve been assured by IMG personally that because of the new owners and the new vision, that they were going to take what has been a great solid trade event…to a very broad consumer lifestyle fashion event, ” he said. “We don’t have the specifics.”

Aedo said he had expected the event to go on as scheduled this year and he believed the permitting issues were being worked out, but said he was glad that other fashion events would still take place.

Sale Stojanovic, owner of Funkshion Fashion Week Miami Beach, said Friday that he has already made plans to put up a tent between 21st and 22nd streets off Collins Avenue to accommodate some of the designers who would have participated in the IMG shows.

“You can imagine my phone was off the hook the last two days, people calling and asking what we are doing, ” said Stojanovic, who will put on a series of swimwear-related events between July 15 and 20.

Funkshion Fashion Week Miami Beach Swim will also include events at Soho Beach House, the SLS South Beach, the Thompson and the Setai, which were sold out before the IMG event was canceled.

“I don’t think it makes a difference because really the anchor for these shows are the trade shows, ” Stojanovic said. “I don’t think that this changes anything. We were doing our shows regardless of what was going on at the Raleigh.”

The 33rd annual SwimShow, sponsored by the Swimwear Association of Florida, will be held at the Miami Beach Convention Center from July 18-21. And Cabana, another trade show, is scheduled from July 18-20 in between the W South Beach and Setai.

“Swim Week is the premiere event in the world for swimwear fashion and it will continue to be so, ” said Larry K. Williams, CEO of the Beacon Council, which helps to further economic and business development in Miami-Dade County. “ IMG was one of the drivers that helped the show to really take off. My understanding is that they are just taking this year off. We look forward to their future participation.”

Nick D’Annunzio, a co-principal at Tara, Ink., a media and public relations firm specializing in fashion, hospitality and art, says that despite the lack of IMG’s participation, the 12th edition of Swim Weekshould still prove a formidable draw.

“The tents had become so costly, especially for a swim brand, that it wasn’t cost-effective to do it there, ” he said. “With IMG losing Mercedes-Benz, they needed to rethink what their platform is going to be. I think they will relaunch in a different way next year. We are still doing shows at hotels around the city, including Soho House and the Setai. And the trade show at the Miami Beach Convention Center remains the largest of its kind.”