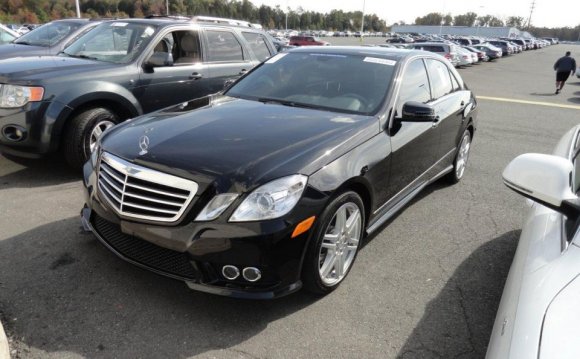 The 2010 Mercedes-Benz E-Class offers a satisfying driving experience and luxurious interior. That, along with its excellent safety ratings, make it one of the best used large luxury sedans you can buy.

Redesigned for 2010, reviewers said Mercedes-Benz improved the E-Class’ performance over previous models. When it was new, reviewers praised the E-Class for its balance of power, comfortable ride and sporty handling. The E-Class sedan is available in E350 and E550 trims, which come with V6 and V8 engines, respectively. If you are seeking optimal power, reviewers agreed that the E550 is your best bet.

To compete with sportier cars like the 2010 BMW 5-Series and 2010 Audi A6, Mercedes-Benz retuned the E-Class’ suspension for more athletic handling. Still, most reviewers agreed the E-Class doesn’t quite match the handling abilities of those cars. Rather, the E-Class strikes the balance between a smooth ride and agility. The E350 gets 18/26 mpg city/highway, which is slightly better than average for the class. All-wheel drive models and the E550 get slightly lower estimates.

Reviewers felt that the E-Class’ luxurious cabin was nearly unmatched when it was new. With the redesign, the E-Class combines technology and old-world luxury. Reviewers were impressed with the E-Class’ comfortable front and rear seats, giving particular praise to the available multi-contour seats, which offer seemingly infinite levels of adjustment, as well as a massage feature and heating and ventilation. Like BMW’s iDrive, reviewers generally thought the COMAND infotainment system requires some time to master. The E-Class also offers 15.9 cubic feet of trunk space, which is good for the class.