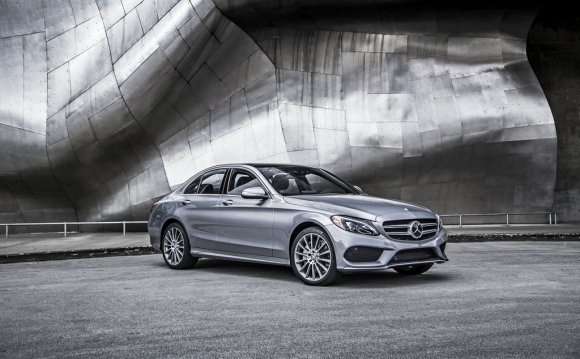 Though Mercedes-Benz has not yet provided any other official information about the C300d, we expect this model to be powered by the same 2.1-liter turbodiesel four-cylinder that’s currently offered in the U.S.-market E250 Bluetec. This engine makes 195 hp and 369 lb-ft of torque in the E-Class, so expect similar numbers, as well as the same seven-speed automatic transmission, in the C-Class diesel. This powertrain is also sold in Europe as the C250d.

The Mercedes-Benz C300d 4Matic should provide impressive fuel economy numbers, with around 40 mpg likely for the EPA highway number. The larger E250 4Matic is rated at 27 city, 38 highway, and 31 mpg combined, so the smaller and lighter C300d should achieve slightly better numbers.

We should hear more official information about the 2016 Mercedes-Benz C300d 4Matic closer to the car’s launch in February 2016, including pricing and official EPA numbers for this new model. The C300d joins other new variants for 2016 including the C450 AMG Sport that replaces the C400, and the C350e plug-in hybrid.