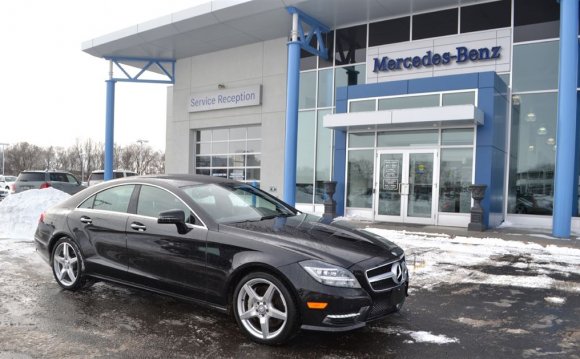 Mercedes-Benz gets credit—or blame—for inventing the whole silly “four-door coupe” thing with the CLS550 it launched in the U.S. in 2005. It took Audi and BMW a while to catch on, but today the notion of a sleeker but less functional four-door is so common that it has even spreaded to, heaven help us, the SUV segment. So it probably irritated the three-pointed-star team no end to see the second-generation CLS finish behind the less expensive and less powerful Audi A7 in a comparison test shortly after the new Benz arrived.

Back then, the CLS550 was the entry model—its turbo V-8 gave it a clear straight-line performance advantage over Audi’s supercharged V-6, but it lost far more points by being extraordinarily expensive, too cramped, and thirsty for fuel.

For 2015, M-B added a model at the lower end of the range, the CLS400. Using a twin-turbo V-6 in place of the V-8, it’s aimed more squarely at the Audi (and BMW’s six-cylinder 640i Gran Coupe) with a lower price, less power, and improved fuel efficiency compared with the CLS550. Sharing facelifted bodywork and a revamped interior with other 2015s, the CLS400 employs the familiar seven-speed automatic just as the 550 embraces a new nine-speed. Making Audi allusions even easier, this example showed up with 4MATIC all-wheel drive.

As you’d expect, a 3.0-liter turbo six doesn’t accelerate—or sound—like the forced-induction V-8. At the track, this example hit 60 mph from a standstill in 5.1 seconds, nearly a second slower than that comparison-test CLS550 but, crucially, equal to the Audi in that matchup. Ingolstadt hasn’t been standing still, though, and we’ve already driven the 2016 A7 rated at 330 horsepower, up by 20 ponies over last year’s model.

We found the CLS most enjoyable to drive if we took the time, before leaving the driveway, to deactivate most of the assists, so we’d probably be better off not checking that option box at all. As with the E-class with which it shares a platform, the CLS’s “Intelligent Drive” technology takes a big step into the autonomous-car future. These technologies are allegedly among the options most desired by new-car shoppers. In rush-hour highway conditions, they can ease worries and people seem eager to have the backup just in case, you know, they get distracted by a text message or a cat video.